Thomas Merton - The Spirit and the World

Ann Walsh is an independent scholar from Cork.  She has a PhD on the poet Robert Lowell, has published articles on 20th century American poetry and drama and is at present writing a book on Lowell’s translations. 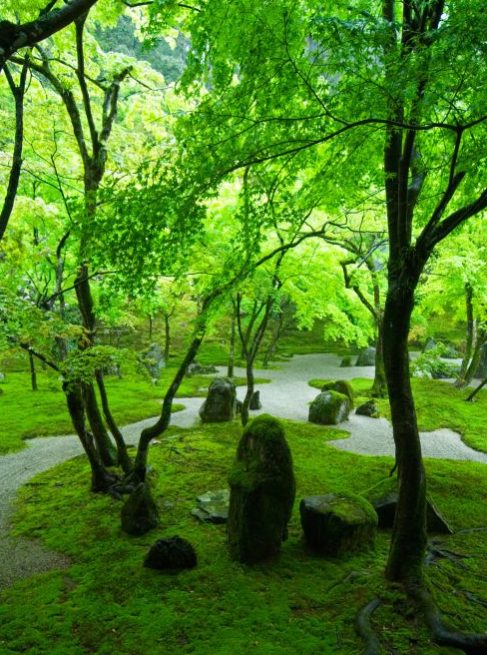 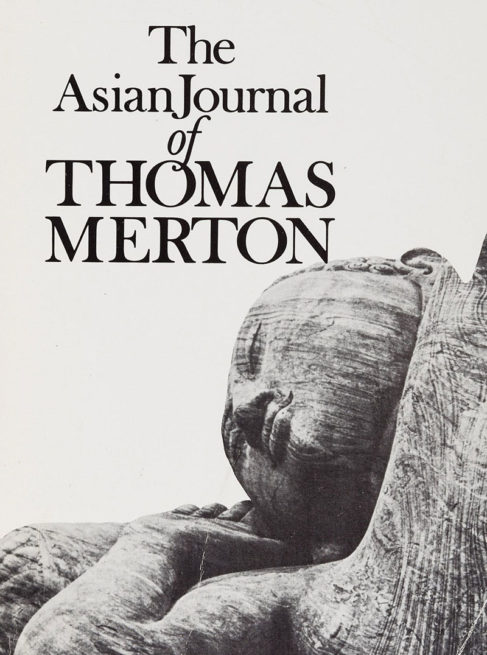 Thomas Merton: The Spirit and the World

In his own lifetime, Thomas Merton (1915–68) became one of the most famous American Catholics of his generation, and it is symptomatic of his metamorphic history that these two fundamental markers of his identity were adopted at a relatively late age, Catholicism in his twenties and US citizenship in his early thirties. Within two years of his conversion in 1938, he made the life-altering decision to join the Trappist monastery of Gethsemani, near Louisville, Kentucky, committing, at the age of twenty-six, to an existence until death of silent prayer and obedience to monastic rule. For the next three decades, Merton’s writing offers a fascinating account of the dynamic between his ascetic vocation and the magnetism of the secular world.

The young man who entered Gethsemani in December 1941 had already seen an unusual breadth of experience in the world that he was relinquishing. He was born in France in 1925 to artist parents, his father from New Zealand and his mother an American. His early life, though not affluent, was cosmopolitan: he lived in the Caribbean for a year as a child and received most of his schooling in France and in England. Orphaned by the age of sixteen, he attended Clare College in Cambridge for a year before finally moving in 1935 to live in New York and completing a degree at Columbia University as a contemporary of aspiring literati such as John Berryman and Robert Giroux.

Merton’s early ambition to be a writer had been encouraged by his involvement with several student magazines at Columbia, and by the time he became a Trappist, he had already published some poems in the New York Times and had written fragments of several novels. Throughout his life, he pictured his own persona not in terms of unified selfhood but rather as an amalgam of different and differing selves. At the time of his arrival in Gethsemani, he had decided to renounce his writing self as inimical to the prayer life of his spiritual vocation; he wanted to reject the distraction of ‘generating books in the silence that ought to be sweet with the infinitely productive silence of contemplation’.

With some foresight, his monastic superiors decided otherwise and instructed the young novice to continue to write, and within a couple of years he had produced two poetry collections, Thirty Poems (1944) and A Man in the Divided Sea (1946). In 1946, Merton also published The Seven Storey Mountain, a memoir of his life until his final profession as a Trappist, and the book that first brought him to the attention of the world. Its title a reference to Dante’s seven-circled mountain of Purgatory, the book recounts its author’s tragic and peripatetic childhood and adolescence, his early adulthood driven by a search for meaning in a world riven by war and suffering and the apparent resolution attained within the Gethsemani cloister. ‘O beata solitudo!’ the memoir’s final chapter rejoices, ‘now my sorrow is over and my joy is about to begin.’ Written in an accessible colloquial style through the prism of his recent religious conversion, The Seven Storey Mountain was an instant success: the first printing sold out before the official publication date; it went on to sell millions of copies in almost twenty languages and has never been out of print since 1948.

The Seven Storey Mountain’s concluding emphasis on blessed solitude is deliberate, for the motivation impelling Merton’s Trappist vocation was his desire to develop an experiential faith in the tradition of Augustine, Bonaventure, and Bernard of Clairvaux. The book mentions Aldous Huxley’s Ends and Means as one of the catalysts for his conversion, in its demonstration of ‘the two big concepts of a supernatural spiritual order and the possibility of real, experimental contact with God’. Like Huxley, the young Merton had initially explored oriental mysticism, but his embrace of Catholicism led him in a more Catholic direction in his spiritual reading and writing. The Last of the Fathers (1954), his book about Bernard of Clairvaux, describes the potential of Cistercian meditative monasticism to attain the culmination of spiritual contemplation with ‘the transient experience of God in the raptus of divine love’.

But as early as 1947, at the time of the first flush of his Seven Storey Mountain success, his primary interest had shifted to the apophatic mystical conceptions delineated by John of the Cross in The Dark Night of the Soul and Ascent of Mount Carmel. Merton’s Seeds of Contemplation (1949) and Ascent to Truth (1951) reflect his personal vision of the via negativa as pathway to mystical fulfilment and he maintained this perspective to the end of his life. Even in the grip of the contesting motivations that captured his attention and energies in later years, Raids on the Unspeakable (1965) devotes a chapter to the writings of the Islamic apophatic, Ibn Abbad. Merton’s lines written in response to the Sufi mystic, ‘But desolation is his home: / For in desolation he is seized by God / And entirely taken over into God’, rearticulate his allegiance to the darkness of unknowing as the portal to mystical knowledge.

Merton’s desire to pursue a prayer-life of a true mystic underpinned his awareness throughout the 1950s of a personal need for a more solitary monastic existence than that of Gethsemani, with its working farm, cheese factory, and other commercial enterprises. Eventually in 1960, a compromise was achieved in the provision of a separate cell within the monastery where Merton could live in semi-seclusion; by the end of that year, this concession had been expanded in the erection of a hermitage in the Gethsemani woods where he could live apart from his community. In a tone reminiscent of Seven Story Mountain’s sounding of redemptive closure, his journal reports the newly housed hermit’s sense ‘of a journey ended, of wandering at an end’.

But while it is undeniable that Merton maintained a sincere commitment to the concept of a solitary spiritual vocation as proffered by the forest hermitage, the life of an extended reclusive proved difficult to sustain. The farther he moved to abandon the world, the more the world came to him – and often at his express invitation. From his desk in the woods, Merton spoke not only through his books but through his correspondence with an enormous and diverse group of contacts: aside from personal and theological contacts, he had, for example, an intense correspondence with Pasternak for the last years of the Russian author’s life, and also with Czesław Miłosz whom he met at last in New York in 1967. Following the relaxation of the Cistercian regimen after Vatican II, many other correspondents arrived in Gethsemani to visit its hermit, and all of these interactions resulted in a gradual re-engagement with the outside world that brought Merton into contact with the scientific and political changes of the era.

Throughout the 1960s, the expansion of his reading interests and the relentless output of his correspondence and publications seem to indicate yet another metamorphic shift of focus away from Thomas Merton’s primary identity as a Trappist contemplative and aspiring mystic. But he maintained his interest in mystical theology during those years, and that interest expanded to incorporate Sufism and Zen Buddhist thinking into his study of the apophatic Christian mystics. Though often subjective in voice, his theological writing is circumspect about his personal prayer life; it is moreover questionable whether language is equipped to describe the mystical phenomenon, transcending as it does the norms of human experience.

The autobiographical writings are bookended, however, by two accounts of spiritual transcendence: Seven Storey Mountain describes an instance in a Cuban church in 1940 of the young Merton’s sudden awareness of the actual presence of God, ‘concrete and experimental and belonging to the order of knowledge but still more to the order of love’; twenty-eight years later, in the week of his death, his posthumous Asian Journal records a more abstract but no less mystical experience in the Buddhist temple of Polonnaruwa, a flooding recognition that ‘all matter, all life is charged with dharmakaya – everything is emptiness and everything is compassion’. It is noteworthy that the setting of both incidents – the crowded Havana cathedral and the rushed temple visit in the middle of a whistle-stop Asian tour – is far from the dark cloister of the apophatic visionary; paradoxically, Merton’s attested moments of transcendence occurred in the secular world that he spent his spiritual life attempting to eschew. Another semi-transcendent moment, almost mystical but without the mystic’s numinous focus, is pertinent here. In 1958, Merton had an epiphanic experience on a crowded street in Louisville, Kentucky, in an overwhelming realisation of the fundamental human bond between himself and the stream of anonymous strangers on the street pavement. His journal records the moment’s recognition that ‘the whole illusion of a separate holy existence is a dream … it is a glorious destiny to be a member of the human race’.

Whether or not the Louisville episode was the catalyst for the changing direction of Merton’s thought from the late 1950s, it is clear that the hermitage’s beata solitudo was challenged from the outset by an evolving humanist turn in his perspective. In his introduction to the prison writings of Alfred Delp (1963), he asserts that ‘the place of the mystic and the prophet in the twentieth century is not wholly outside of society, not wholly remote from the world’, and all of Merton’s activity in the final decade of his life reflects this growing awareness that the contemplative life must be rooted in its contemporaneous environment. Even from the confines of the hermitage, he kept abreast of the political issues besetting America as the fifties become the tumultuous sixties; more and more, he saw social justice as an arena where the Christian thinker could and should play an active role. Much of his writing of these years was a response to expanding US militarism: he was a vigorous supporter of Dorothy Day’s socialist Catholic Worker movement and contributed anti-war articles to its eponymous newspaper; his prose poem Original Child Bomb used Hiroshima as the backdrop for an interrogation of US nuclear policy. As Merton’s pacifist voice became more overtly critical of official American policy – ‘no “great” nation has the key to anything but war,’ he writes in Conjectures of a Guilty Bystander – he became involved in other issues of social justice such as civil rights for African and Native Americans; Breakthrough to Peace (1962) and Gandhi on Non-Violence (1965) delineate the breadth of his stance on these issues.

If the start of his final decade seems to mark the beginning of a re-engagement with the world beyond Gethsemani in his writing, the start of 1968, the final year of his life, marked Merton’s re-engagement with the world on a more concrete level. The appointment of a new abbot eased the monastery’s restraints on travel, allowing its most well-known inhabitant permission to leave its enclosure. In September of that year, Merton began a journey to Bangkok to a conference of Trappist and Benedictine monks, the itinerary to include some Zen sites in India and Sri Lanka. His Asian Journal recounts the pleasures (and some discomforts) of the journey, his delight in the varied Asian landscape, his several meetings with the Dalai Lama, and the climactic encounter with ‘the voices of silence’ in Polonnaruwa, but not of course the tragic and almost ridiculous accident that ended his life on 9 December 1968. And if his death, in a final irony, took place halfway across the globe from his monastic place of retreat from the world, a journal entry made as he flew west over the Pacific suggests the writer’s reconciliation to that eventuality: ‘May I not come back without having settled the great affair. And found also the great compassion, mahakaruna.’