Summerhill:
A Failed Experiment?
Or How It Should Be?

Nicola J. Smyth was born in Scotland, spent part of her youth in Germany and is a freelance writer, diarist, avid book-collector, bookdealer, reader, story-teller, food-photographer and ambassador for empathy in everyday life. 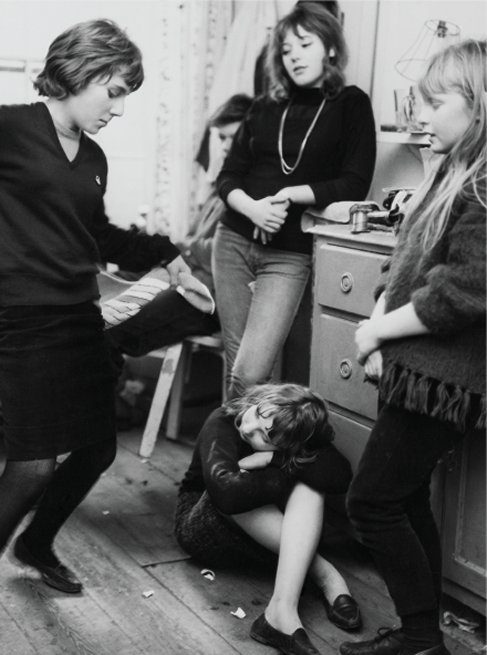 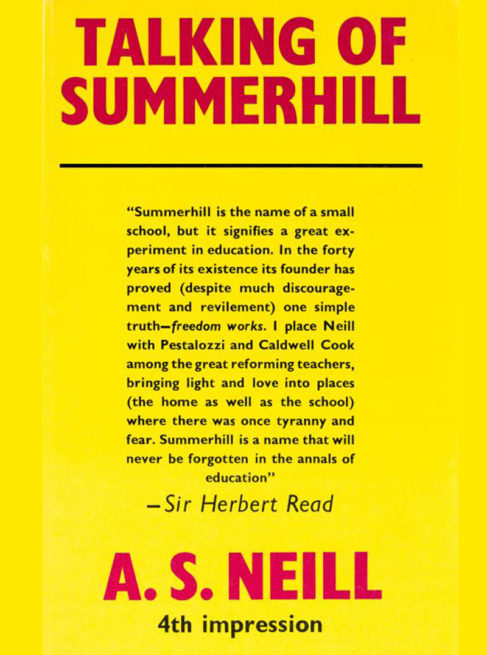 Summerhill: A failed experiment or common sense on how it should be?

The first time I came in contact with the word Summerhill was at high school in Germany. We were supposed to pick a topic from the blackboard and hold a little presentation in front of everybody. Like most 16-year-olds, I was in the back chatting and not paying attention. This resulted in my having to pick Summerhill or Montessori. The latter I could not pronounce, so I took Summerhill. We had two weeks to prepare. And again like most 16-year-olds, I left it to the last minute before even reading the book.

Three days before my scheduled presentation, I took the book and looked at it not having the slightest clue what on earth it was about. I opened it up and started reading. The title was Talking of Summerhill, and it had been printed in 1967. After the second page I was hooked (I still am, to this day, when I pick the book up as a mother of four). It is divided into topics such as self-regulation, sex, parents, teaching, religion, and psychology.

I read the book in one sitting and was blown away by what I was reading. I made notes and was beginning to get really excited for the big day of presentation. I couldn’t wait to share this new-found knowledge with my classmates and teacher.

‘I want you all to imagine a school that was designed to fit the needs of the child. Hard to believe, but that was exactly Summerhill. Because a school that makes children sit at desks studying mostly useless subjects is not really a good school.’

I think that is when my teacher started to inhale and exhale loudly.

Schools nowadays are based on an adult vision of what a child should be and how they should behave and learn. But who was this A. S. Neill?

After World War I he became headmaster in a Scottish school. It was at this time that he first became convinced that conventional education was oppressive.

Neill, together with his wife, founded Summerhill as a small, co-educational, self-governing boarding school. Class attendance and extracurricular activities were optional. There was no teaching method, leaving children free to learn by their own impulse. Rules were decided in a weekly general assembly, at which each student and teacher had one vote. Neill thought that if children were left alone without suggestions of any kind, they would eventually develop their full potential. He was convinced that all discipline, direction, moral training and religious instructions should be removed for the best development.

He believed in giving children freedom, but not licence to hurt others. This was a point often overlooked by those who tried to copy his methods. Neill believed it was vital for children to follow ethical standards. If a child wanted to play drums, for example, that was fine. But not to create noise that interfered with the freedom of others. Summerhill today has not changed fundamentally since it started. The school is now a thriving democratic community, showing that children learn to be self-confident, tolerant and considerate when they are given space to be themselves.

Would I want to go to a school like this? Of course I would; in a heartbeat.

When I finished my presentation, the room was silent. I was quite certain that they were all blown away by what I had to tell them. My teacher told me later I had failed, because I was supposed to prove that the anti-authoritarian upbringing was a failed experiment. Of course I was sad, but the truth was I reached a few in my class that day, and on our break we all ended up talking passionately about this wonderful school. We envied those kids in Summerhill and we were sure that the school system would finally cop on.

But like most small movements, it takes time, and even though not everybody knows about Summerhill, new ideas and concepts are arising. We update our electronics and cars and regularly renovate our houses, but we seem to have forgotten to change the school system after all these years. Yet Neill’s ideas are coming to the surface. Chinese parents send their kids to Summerhill. Why? Because their own system is extreme, and they love their kids too. More and more little schools, or just places with different methods, are forming fast. I am lucky to know somebody who went to this fabulous school, and I got to interview her.

Kate French is a sculptor, trained at Accademia di Belle Arti, Florence. She is a member of the National Sculpture Factory and she represented Ireland at Eurosculpture. Her one-woman exhibitions include Wexford Arts Centre and the Midlands Arts Resource Centre. Kate runs a lovely little gallery together with her family in Kinsale, County Cork (www.artistsfrench.com). She is now touring with the National Sculpture Factory.

Time Traveller: What was a typical Summerhill day?

Kate French: There was no typical day at Summerhill; that was the beauty of it. You were free to sit in a tree all day and read, sit, and stare at a daisy. You managed your own time. Just about everyone went to lessons, but you were free not to if you wanted to.

Why did your parents decide to let you go there?

My parents homeschooled me till I was eight. They had heard about Summerhill and took me to see it. I loved it even though it was a boarding school. I went there, knowing that I could leave if I did not like it.

What was your favourite and not so favourite thing about the school?

I honestly cannot relate any negative aspects of my time there. When someone asked me recently what my childhood was like, I replied that it was like one long golden afternoon.

Do you remember A. S. Neill?

Yes, I knew A. S. Neill. He was a wonderful, shambling Scot. But most of all he was a quiet, radical revolutionary. His school, after nearly a hundred years, is still unique and sadly ahead of its time.

How has Summerhill shaped you as a person?

It has shaped everything that I am. I feel proud and honoured that it was my experience of education. I was very, very lucky.

What morals and lessons would you take from it?

As to morals, I believe that we are all born with them – the innate knowledge of good and bad, right and wrong – but we tend to try and mould children to fit in this sometimes crazy world. We just need to let children ‘be’.

In what way did Summerhill influence your own parenting?

Of course it had a huge impact on how I parented our children. We loved them unconditionally, protected them until they could fly away. To quote Kahlil Gibran, ‘Your children are not your children.’ You are always letting them go from the moment they are born. ‘Your children dwell in the house of tomorrow, where you can never go even in your dreams’ (also Gibran).

What advice would you give young parents nowadays?

I would not dream of giving advice except to say that if you choose to have children, they are an honoured guest in your house. Treat them with respect.

If A. S. Neill were still here today, what would you like to ask him or tell him?

I would thank Neill and tell him that a lot of his ideas are filtering into the education system. At last.

What do you feel Summerhill has that normal school education is lacking?

The answer to this last question is one word: Freedom. Anyone who is interested in children or real education should read Neill’s books.