Matthew Geden was born and brought up in the Midlands of England moving to Kinsale, Co Cork, in 1990. His most recent collection of poems is The Place Inside published by Dedalus Press. 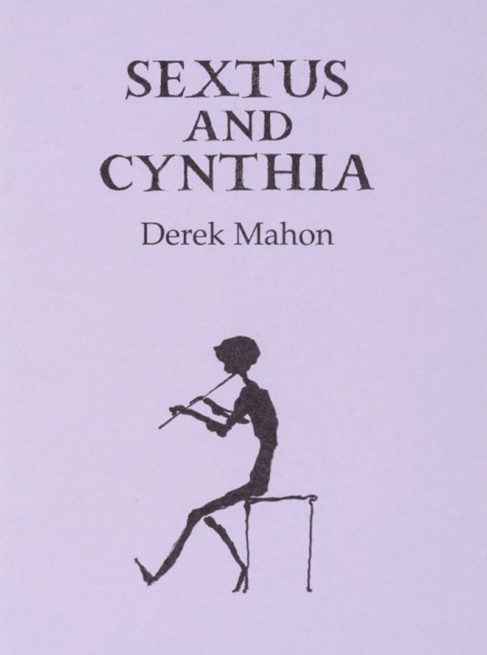 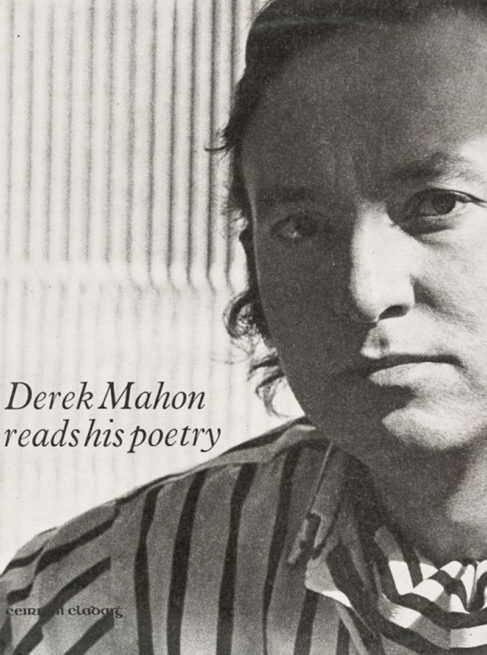 Kinsale is a thriving seaside town about fifteen miles south-west of Cork city. To the first-time visitor it can, once you’ve found a parking space, be a tropical paradise with palm trees, renowned restaurants, galleries, pubs, and a constant sense of a party just around the corner. In many ways it seems an unlikely literary centre and yet, in recent years, it has become one. Perhaps it all began when Hedli MacNeice, Louis’s widow, opened The Spinnaker restaurant; certainly she is credited for being at the forefront of the beginnings of the Good Food Circle which put Kinsale on the map. Timothy O’Keefe, who published Patrick Kavanagh’s early work, was from the town, but it wasn’t until the 1980s that literary matters began to gain importance.

By the mid 1980s, residents in the town included the novelists Aidan Higgins and Alannah Hopkin, the journalist Stan Gebler Davies, and the poets Desmond O’Grady and Derek Mahon – an impressive line-up indeed for a fishing town of fewer than 4,000 people. Mahon had been visiting for a number of years. He first travelled down as a student in the early 1960s when he helped deliver an Afghan hound to Hedli MacNeice. He returned in 1986 as his marriage was breaking up, subletting Rincurran Cottage from O’Grady for the summer. When O’Grady returned from his travels, Mahon managed to find other accommodation in the town. For Mahon this was a period of escape and readjustment as he came to terms with the split from his wife, Doreen, and their children, Rory and Katie.

Kinsale at this time was a ‘rakish’ town, according to Mahon, quoting a former resident. The genteel air of earlier times, when Molly Keane and Elizabeth Bowen took tea at Actons Hotel, had been replaced by late-night drinking, parties, and drunken misdemeanours. Gebler Davies chronicled some of the more amusing incidents in his various newspaper columns, especially ‘Kinsale Diary’, which was published in the British Independent. Local characters and resident writers were frequently joined by revellers, literary and otherwise, from Cork city and further afield. A local arts festival was set up and, with the help of the writers already based there, it attracted some big names: Joseph Brodsky, Nuala Ní Dhomhnaill, Michael Foot, William Trevor, and Paul Durcan all read in small venues around the town. Nowadays every town and village in Ireland has a festival or two, but in those days such an event and such a line-up were almost unprecedented.

Mahon threw himself into such activities, which helped provide a diversion from his personal problems. This period in Kinsale was not particularly conducive, however, to his writing, the myth concerning the relationship between alcohol and poetry proving to be just that. He managed to produce a weekly book review for the Irish Times, and this at least provided a small income and kept the critical faculties sharp. In his recent collection of prose, Red Sails, Mahon recalls an early invitation into the social life of the town when he received an invitation from Alannah Hopkin to attend a party ‘in the Spirit and Style of Casablanca’. Mahon turned up wielding an Egyptian fly-whisk, a local musician was playing ‘As Time Goes By’ on the harpsichord, and upstairs the film itself was playing on repeat. When he left he ‘was issued with an exit visa, made out in French and German on behalf of the Vichy government and the Third Reich (the attention to detail!) by a man from Bantry sporting a pince-nez’. Such evenings were not infrequent, and the life began to take its toll on the poet’s health.

By 1989 Mahon had checked himself into St Patrick’s Hospital in Dublin, hoping, as the critic Hugh Haughton puts it, ‘to emerge from psychic dark’. After several years of unfinished poems, it is telling perhaps that he finds his voice again when he goes off the drink; the resultant poem, ‘Dawn at St Patrick’s’, is unusually candid and contains a harsh honesty laced with gallows humour evident in phrases such as ‘a snifter of Lucozade’. The confessional tone owes much to Robert Lowell and in particular his poem ‘Waking in the Blue’, a fact acknowledged by Mahon in the poem’s reference to a locked razor. Not long after he left St Patrick’s he decided he had to leave Kinsale, and from there he moved back to Dublin, followed by some time in New York. These times were also beset with setbacks, but at last the poetry began to flow again. Mahon’s The Hudson Letter was published by Gallery Press in 1995 and a poem in it, ‘Birdlife of Kinsale’, looks back at a town where:

Crows strut among our spilt rubbish,

Staring ferociously at the sea.

These words contrast with the much-anthologised poem ‘Kinsale’, with its more uplifting vista where ‘our sky-blue slates are steaming in the sun, / our yachts tinkling and dancing in the bay / like racehorses.’ The use of ‘our’ here promotes a sense of ease entirely absent in the later poem.

One might imagine that after such a turbulent time in West Cork the poet would keep well away for good. However, that was not the case and in 2003 he returned to live in the town once more. Kinsale had changed, and the raffishness had faded away to be replaced by a more relaxed, sober lifestyle. The bars were still there but many of the drinkers had moved on and the town developed a coffee culture more suited to Mahon’s way of life nowadays. He found rooms to rent in The Grove, a place he had lived in before, and, for a few years, there was a late flourishing of poetry books, from Life on Earth to Harbour Lights and An Autumn Wind. There were several bookshops in the town now, and he occasionally attended the monthly poetry nights in one, reading and joining in afterwards for a Coca-Cola in a nearby pub.

The long poem ‘Harbour Lights’ towards the end of the collection of the same name meditates on the world from his room as he looks down on the quayside. The sense of displacement here is welcome and palpable:

I could be living here in another age

except at week-ends when the bikes converge.

The quietness is ruined not only by actual noise from incoming bikers but also by noise from the wider world, where ‘the Bush gang are doing it to Iraq’. Mahon, like Philip Larkin, is a poet who likes to view the world from on high, from an attic or a house perched above the town as here. The ‘sedative evening’ is at odds with the poet’s weariness of the modern world and its politics. The woods remind him of Chekhov, the gardens of nineteenth-century love, and there are Indian skies as well as chatter that reminds him of a Russian novel. Other things are more alienating, such as the television, presumably an old model, which shuts down with a light-dot vanishing from the screen, and ‘snail mail with its pearly gleam’.

Despite the displacement there is a sense that Mahon is content to observe it from afar and aware that change builds its own future:

Startling how fast a thing can integrate:

beneath these tiles some immigrant teenager

will write the unknown poetry of the future.

The ‘knowledge era’, however, is not one he takes more than a passing interest in, happy to live ‘part-time in a subversive past’. The poem slips back to 1601, a critical point in Ireland’s history when its Gaelic order was roundly dissipated at the Battle of Kinsale. Local legend tells that the defeat was precipitated by one of O’Neill’s men tipping off the English army in return for a bottle of whiskey. Much to Mahon’s ‘shame’ the man was a MacMahon and therefore, perhaps, a distant relation. This brings the poet back to himself and his own modest achievements, ‘some dubious verse and some ephemeral prose’; the temporality of the world is emphasised by the ticking of time and the ‘drip of diesel oil’. Ultimately here Mahon’s journey to Kinsale is part of people’s search ‘to find the right place, find it and live for ever.’

Life on Earth is a very different collection, concerned as it is with environmental issues in the world at large. The ‘Homage to Gaia’ sequence in this collection is a series of poems written in rhyming quatrains; the rhyme and tone give a lightness of touch here that contrasts with the damage done to the Earth. The title refers to the scientist James Lovelock’s book of that name which attempts to clarify his own position on the idea that the Earth can regulate itself, enabling it to support life. Changes in the climate are noted, and in ‘At Ursula’s’ Mahon takes refuge in a Kinsale coffee shop where he is served by ‘a nice girl from Tbilisi, / Penang or Baltimore’. Despite the brewing storm outside or in the political world, the poet here is able to tune out the wind rattling the slates outside, content to try some basil linguine followed by pistachio ice cream.

In 2010 Gallery Press published Mahon’s An Autumn Wind, a last full collection and one which travels from Kinsale visiting Spain, Lanzarote, the Tang Dynasty of China, and India through the eyes of a fictitious Hindi poet named Gopal Singh. In ‘Under the Volcanoes’, the title referring to Malcolm Lowry’s novel of alcoholic disintegration, Mahon has survived into the onset of old age, returning home from the Canary Islands to ‘an autumn wind / shaking the window’. Here his thoughts drift to the turmoil of the world outside his door and his own ‘rage for order’, a reference to Wallace Stevens’ poem ‘The Idea of Order at Key West’, from the ‘debris choking up the mind’.

Kinsale for Mahon has been a place of huge importance. In some ways it was a reminder of the coastal village, Cushendun in Northern Ireland, where he spent some happy summers in his youth, while it was also an escape from the city life he lived in Belfast, Dublin, London, and elsewhere. The first time in Kinsale was a wild couple of years in thrall to the ‘mad chiefs’ and the drinking culture of that era. Now, however, both poet and town have sobered up and are content to while away the days enjoying the company of friends and letting the wider world take care of itself.